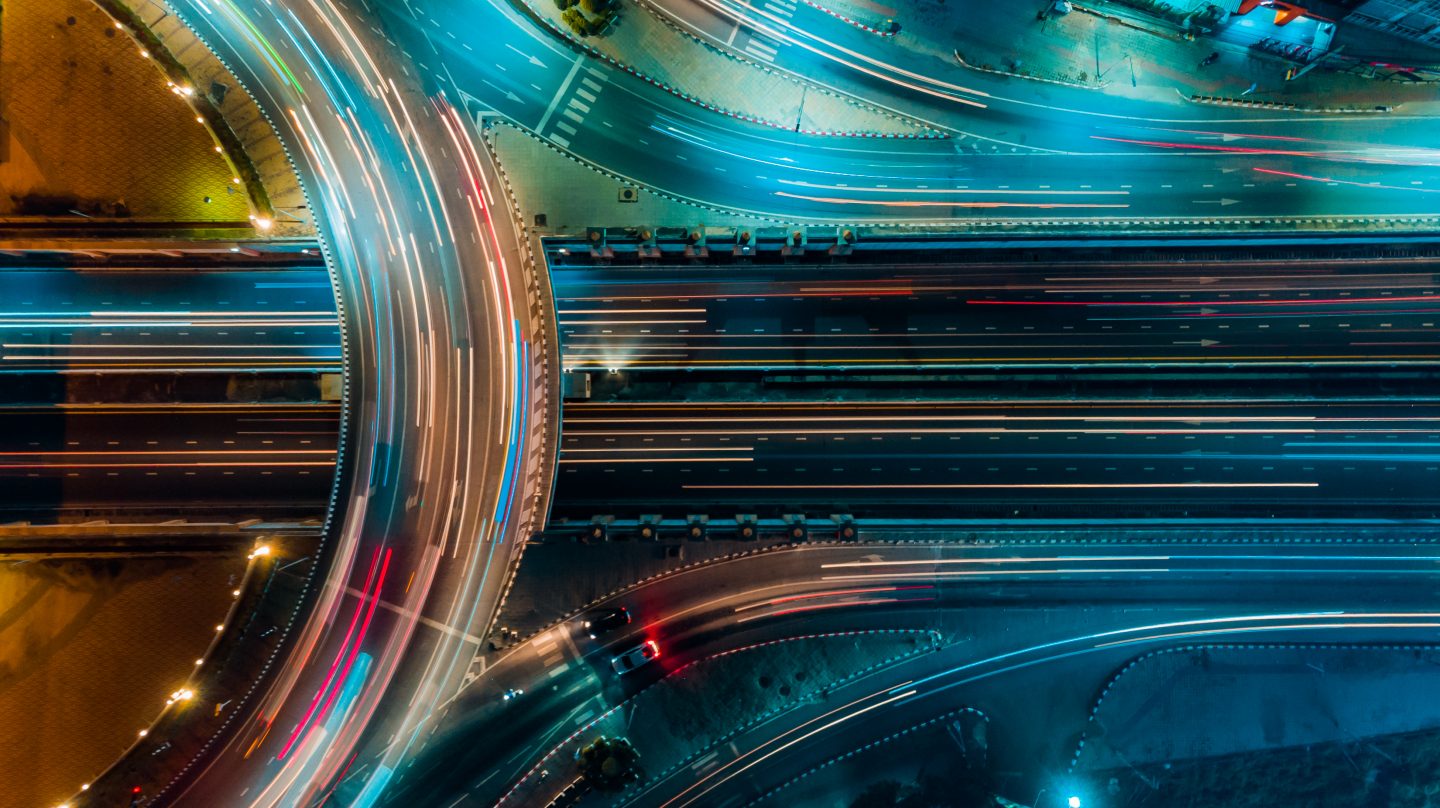 The near term outlook for the global economy has become more challenging following the outbreak of military activity in Eastern Europe.

Although this may appear to be relatively contained from a geographical perspective at present, the importance of Russia and Ukraine across a host of commodity supply chains is likely to have ramifications globally.

Aside from the clear risk of this escalating into a full blown war between Russia and NATO, these secondary round effects make for a potential stagflationary-type scenario and come at a time when Central Banks are pivoting policy to combat high inflation.

Economies are not as vulnerable to the surge in energy prices as they were during the 1970’s, however the threat from surging food prices is an additional factor to consider.

This also comes at a time when the ability of Central Banks to react in a more accommodative way is already restricted due to their collective monetary response to COVID-19.

Although we believe that attractive risk-reward opportunities are increasing across the risk spectrum, for now investors should err on the side of caution and focus increasingly on areas which are more defensive in nature or indeed on markets which are out of the immediate cross-hairs of the conflict.

Some assets prosper in a stagflationary-type of environment, particularly companies which are less vulnerable to higher input costs, whether that be via inherent pricing power credentials or via lower capital intensity.

Balance sheet quality is also a key variable currently as financial conditions tighten from Central Bank policy and the cost of debt rises due to the geopolitical uncertainty.

Overall, we are focusing on defensive equity sectors for now and on durable income streams within fixed income. Markets further afield in Asia and the US should prosper in relative terms whilst Europe remains in the immediate crosshairs.

Rates sold off, with UST 10y and Bunds 10y down 0.3% and 1.2%, respectively. Credit saw negative excess returns, especially in Europe.

Commodities recorded decent gains with lumber being the best performer (36.4%), whilst at the time of writing natural gas is +69.9% year-to-date.

These are astonishing moves, however they reflect the importance of Ukraine and Russia in a number of key commodity markets.

Combined, they produce around a quarter of the world’s wheat, whilst 40% of Europe’s gas comes from Russia, in addition to the country supplying ~10% of the world’s oil.

Ukraine also produces 90% of neon gas used within US manufactured semiconductors so the two countries are vital across supply chains.

The MSCI AC World TR Index finished February -2.6%, whilst the Bloomberg Global Aggregate Index finished -1.2%. This puts the indices -7.4% and -3.2% on a year to date basis.

This is not a typical year and over the last century there has been only 3 other years when both asset classes were so substantially negative in tandem.

Despite the deterioration in asset prices and ongoing flight to safety, economic data remained broadly decent in February.

Recent world manufacturing PMIs add further evidence that the hit to industrial activity from Omicron was limited and should be short-lived. Although supply chain issues and price pressures no longer appear to be getting worse, they are likely to remain a constraint on industrial activity for a while. While supply chains have been seemingly unaffected by the latest virus wave, the war in Ukraine poses a new threat.

After moderating somewhat in January at the height of the Omicron wave, growth in global manufacturing activity appeared to gain pace again in February. Manufacturing output grew at a faster rate in most large economies, including in the US and China, whilst output indices fell below the 50 mark in Japan (readings >50 signal expansion).

The global manufacturing PMI also showed that new orders grew at a faster pace, while expectations for future output increased as well. This suggests that (at least before the emergence of the war in Ukraine) firms were confident that disruptions from Omicron were largely behind them.

February marked the fourth consecutive month in which the suppliers’ delivery times indices showed a smaller share of firms reporting a lengthening in delivery times. However, backlogs of work rose further, and firms continued to run down their stocks of finished goods.

The PMIs still suggest that prices were rising sharply with both input and output price indices moving up slightly again in February. Although in several countries both indices have come down from their record high levels late last year, they continue to point towards high inflation nonetheless.

While the manufacturing sector appears to have escaped the Omicron wave largely unscathed, the war in Ukraine brings with it new risks to global industry.

Country specific and in the US, the rise in the ISM manufacturing index to 58.6 in February, from 57.6, is another sign that demand remains strong, with the small rise in supplier delivery times and modest decline in the prices paid index highlighting that supply constraints are gradually easing.

The increase in the headline index was driven by a jump in the new orders index to 61.7, from 57.9, with the production index edging up only marginally to 58.5, from 57.8, while the employment index dropped back to 52.9, from 54.5. While all three have trended lower over the past year, they remain consistent with solid growth in manufacturing output, orders, and employment, underlining the strength of demand, as firms replenish depleted inventories.

Supply constraints are gradually easing.  The supplier deliveries index rebounded to 66.1 February, from 64.6, and the backlog of orders index rebounded to 65.0 from 56.4. However, both indices are well below the peaks reached last summer, and the prices paid index declined to 75.6 last month, from 76.1. At that level, the index is reverting to trend with headline CPI inflation expected to drop back to 5% over the coming months, from 7.5% in January.

In the labour market, the February employment report indicated that job growth remains strong, with scope for further improvements over the coming months, while labor supply is increasing steadily.  Wages are still rising rapidly, although they are probably not accelerating.

In EM, February’s manufacturing PMIs point to decent industrial activity, however, the surveys suggest that supply chains remain stretched. Looking ahead, the war in Ukraine could exacerbate shortages and add further upward pressure on prices.

The Markit EM manufacturing PMI moved up from 50.0 in January to 50.9 in February on the back of a broad-based improvement in manufacturing conditions in most developing markets. The rise was most pronounced in South Africa, where the headline reading reached its highest level since April 2007.

The start of conflict in Eastern Europe prompted a sudden reversal in a number of trends which had emerged since the start of the year.

The Financials sector bore the brunt of this reversal and particularly for European banks which have meaningful exposure to Russian entities. European financials finished the month -8%, however there was a high degree of dispersion within the sector itself.

Banks most tied to Russia became heavily discounted towards month end, whilst the inevitable knock-on impacts of the war were also felt in the Consumer Discretionary sector (-7.4%).

Bonds provided no safety net in February with the Bloomberg Global Aggregate Index finishing the month -1.2%.

The outbreak of war between Russia and Ukraine had a significant impact on the Developing Market debt universe. The collective response from the West to Russia’s actions was enough to see a freeze in Russian-related assets. Aside from the currency collapsing -27% versus the US Dollar, bond and equity markets closed.

Prior to February, Russian debt (in local and hard currency) had accounted for ~2% of both indices, however the sheer scale of the decline had a profound impact on indices.

The flight to safety environment also saw credit perform poorly. US investment grade credit finished -1.3%, whilst US high yield returned -1%. The buoyancy in the oil price was enough to underpin a number of high yield issuers on the month. 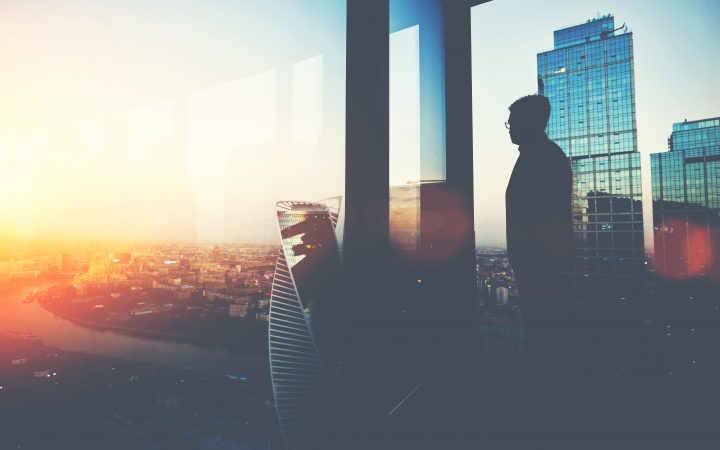